I just read some amazing articles that I would really like to share. The first is typed out here. The other two are linked at the end.

ARE MORMONS ANY WEIRDER THAN THE REST OF US? BY RABBI SHMULEY BOTEACH

I have been close to Mormons ever since my days at Oxford when Michael Taft Benson, whose grandfather, Ezra Taft Benson, was the prophet of the Mormon Church at the time, became a member and then an elected officer of our L'Chaim Society at the University. Thus began a lifelong friendship that continues today, with many visits to lecture for Mike at Southern Utah University and other mostly Mormon academies of higher learning in the majority Mormon state.

I have thus watched with mild amusement as the debate surrounding the beliefs of Mitt Romney and Jon Huntsman have gained steam. Aren't the Mormons weird fanatics? Should we trust people with such strange beliefs with high office?

This is an interesting question coming from my evangelical brothers and sisters whose belief that a man, born of a virgin, was the son of G-d, only to die on a cross, and then be resurrected, is, with all due respect, not exactly the most rational belief either. It is equally interesting coming from Orthodox Jews, like myself, who believe that the Red Sea split, a donkey talked to Balaam and the sun stood for Joshua.

But it is equally strange coming from evolutionists like Richard Dawkins who have said, without a single shred of evidence, that life on our planet may have been seeded by space aliens. Even those evolutionists who reject Dawkins' faith in extraterrestrial life have a belief system of their own, namely, that intelligent life somehow evolved capriciously and accidentally from inorganic matter, even though the possibility of complex organisms evolving without guidance is mathematically nearly impossible. This is how Julian Huxley, who stemmed from the world's most famous family of evolutionary proponents, put the probability of the evolution of a horse:

"A proportion of favorable mutations of one in a thousand does not sound much, but is probably generous ... and a total of a million mutational steps sounds a great deal, but is probably an understatement. ... With this proportion, we should clearly have to breed a million strains (a thousand squared) to get one containing two favorable mutations, and so on, up to a thousand to the millionth power to get one containing a million. ... No one would bet on anything so improbable happening ... And yet it has happened!"

Yes, even men of science can believe things that can be construed as highly irrational.

Now, do I believe that Joseph Smith found ancient tablets written in reformed Egyptian in upstate New York, that Jesus Christ appeared to the people of South America as recorded in the book of Mormon, or that when a Mormon dies he becomes a god and gets his own planet? No. Respectfully, I do not. Nor should it matter. It is what a person does, rather than what they believe, that counts. It took four years for the Dalai Lama to be identified as the reincarnation of his predecessor in a process that to Western eyes can appear highly arbitrary. Yet, the Dalai Lama remains one of the most respected men alive because of his commitment to world peace and good works.

Misguided attacks on groups like the Mormons stems from a willful desire on the part of many to fraudulently identify people with a different faith system as fanatics and, therefore, a brief discussion of religious fundamentalism is in order.

The most confusing story of the Bible involves G-d's commandment to Abraham to sacrifice his son Isaac. What was this G-d, who would later declare that all human, and especially child, sacrifice to be an abomination, thinking?

The most insightful commentary I have seen on this story comes from the Lubavitcher Rebbe, Rabbi Menachem Schneerson, who says that the key to the story is to see Isaac not as an individual but as a religion. Who was Isaac? He was Judaism. He was the person who would continue Abraham's belief system. With his death, everything that Abraham had taught in terms of his rejection of paganism and the belief in one G-d would be lost.

The test, therefore, was this: Would Abraham follow G-d's commandment to kill off his religion or would he put his religion before G-d's will? What really mattered to Abraham? G-d or Judaism? And if they were to be put in conflict, what would he choose? The religious fanatic is the man or woman who has ceased to serve G-d and has begun worshiping their religion, making their faith into yet another false idol. Religion is solely the means by which by which we come to have a relationship with our Creator. But when it becomes a substitute for G-d it becomes soulless and fanatical, seeing as there is no loving deity to temper it. It is in this light that we can understand why an Islamic fundamentalist is so deadly, seeing as he is even prepared to go against G-d's express commandment not to murder in order to strike a blow for the glory, not of the deity, but Islam.

Hence, our concern need not be with a person's faith in public office. It does not matter if they are Jewish, evangelical, Mormon or Muslim. What does matter is whether their faith is focused on relating to G-d and, by extension, caring for G-d's children, or whether they see the purpose of their high station to promote their particular religion. It is easy to identify the difference. People who are in a relationship with G-d are humble and do their utmost to refrain from judging others. Their proximity to a perfect being reminds them of their own fallibility. Their experience of G-d's compassion leads them to be merciful and loving. But those who worship a religion are arrogant and think they have the only truth. They are dismissive of other people's beliefs and maintain that advancing the cause of their religion is more important than life itself. The rabbi in Israel who recently made the strange comment that soldiers should face a firing squad rather than listen to a woman sing is a classic example of this heresy.

Those who worship their religion evince the classic characteristic of cult members. Whereas a real faith system is empowering and makes one strong and capable of operating outside their own faith community, cult members can only identify with other members of their group and require the environment of the cult in order to function. They don't have beliefs. Rather, they take orders.

I see none of these characteristics in Mitt Romney, Jon Huntsman -- who graciously hosted me along with my guest Elie Wiesel in the governor's mansion in Utah a few years back -- or any of my countless other Mormon friends. All should be judged on their merits as people and politicians, whatever their faith and whatever their beliefs.

I have never read anything that so closely expresses how I feel about these topics. Both about all this debate surrounding the Mormon candidates or about how some people "worship their religion, making their faith into yet another false idol"


Here are links to two other very powerful articles, both written by Dan Pierce, a man who I grew up with. His thoughts are exactly my own put said so much more eloquently.

I'm Christian, unless you're gay

I have really strong thoughts about them both, but it's so late and my thoughts are all over the place. I will ponder and post tomorrow. JUST KIDDING-not tomorrow because today is the last day of NaBloPoMo and I want to take a break. But not a long one.

Posted by Katie at 2:23 PM 0 comments Links to this post

Hey, I got something done today!!

Today I made this adorable car seat cover for my sis-in-law for her foster baby. 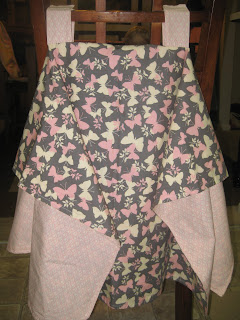 I know the picture is bad, but I don't have a good camera or photography skills. I also didn't have the car seat to display the cover for the picture, but you get the idea. 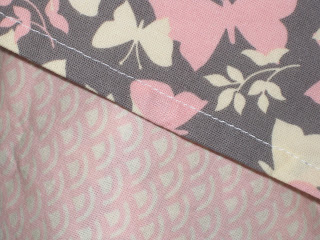 Aren't these fabric's cute? I think they are even cuter because I got them on sale on Black Friday 40% off.

And here's a picture of Jonah, because he wanted me to take his picture. 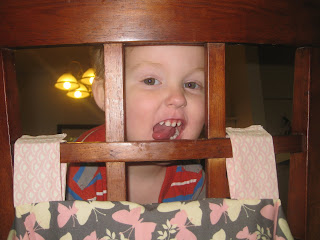 Posted by Katie at 8:03 PM 0 comments Links to this post

Thank you for Friends

I realize that I've been really negative on this blog lately, and I'm sorry. I've just been in a funk. Normally I would spare y'all and just not post, but since it's NaBloPoMo, I am posting everyday, good or bad, rain or shine.

Today I was able to talk with one of my best friends for a while. I have been so busy all the time since I moved to Columbus, that I've really hardly been talking to my far away friends and family. Talking with her today reminded me why I love her so much! She really was just there for me today, listened, and comforted me. She also had some wonderful advice.

Anyway, my point is that friends are great. And I think that we should all reach out to good friends be grateful for them.

Posted by Katie at 7:48 PM 0 comments Links to this post

Yesterday I saw The Muppet Movie with my husband and 3 year old. I actually got teary eyed about three times. I know this sounds strange, but The Muppets mean a lot to me. I grew up watching The Muppet Show, Sesame Street, the Muppet Babies cartoon, and the various Muppet Movies and they just really were a big part of my growing up. I am thrilled when my 3 year old asks to watch "Kermit" (he is talking about The Muppet Show we have on DVD). To watch the Muppet Movie with him yesterday and to share that with him, was somehow one of those special moments I will always remember. To feel so excited when I saw Kermit or Miss Piggy, then to look over and see his face light up was just so- as the Muppets would say- groovy.

Posted by Katie at 10:00 AM 0 comments Links to this post