We had such a great vacation in Utah! We thought that being gone for a month would be so hard and stressful, but we had a really nice, relaxing time. Well, I did. Jerry had to work everyday, so it wasn't much fun for him, but we all still had a nice time. We were able to stay up American Fork canyon where Jerry's parents live. They let us stay in their nice trailer and it was really nice to have our own space, since we were there so long. 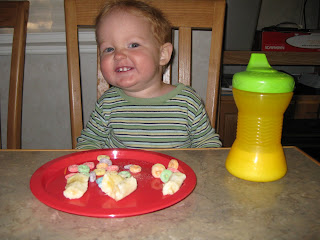 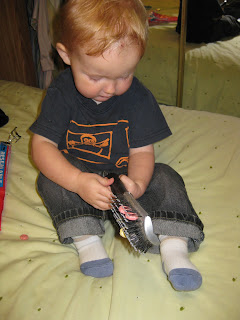 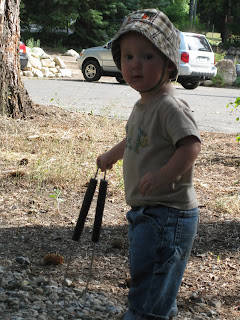 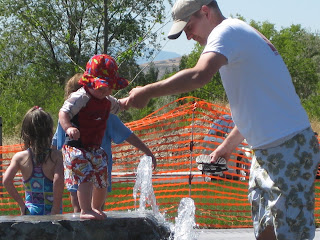 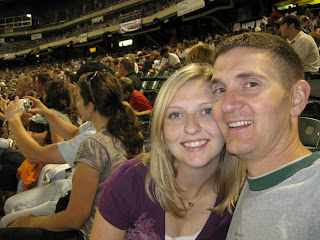 We even got to go on quite a few dates (Thank you family babysitters) Here we are at a Bees game. 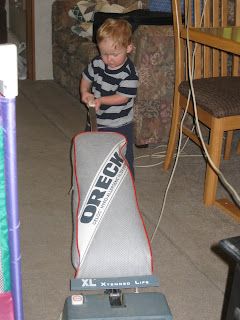 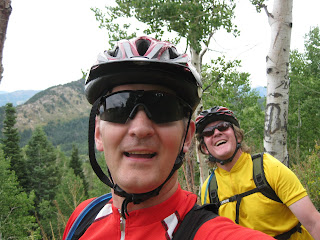 Jerry got to go mountain biking with his brother Brad. They had a good time. 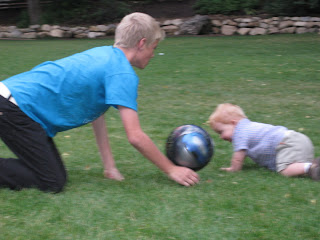 Jonah playing with his cousin Riley up in the mountains. 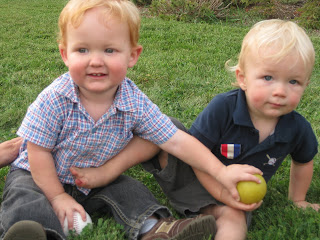 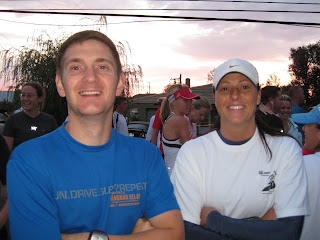 Jerry and my Aunt Jenny running the Swiss Days 10k. 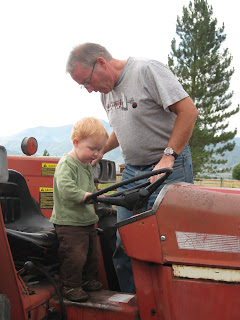 At Aunt Kristi's riding the tractor... 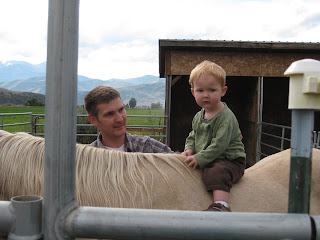 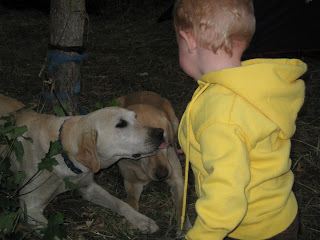 We were also able to spend a couple of days at my Grandparents cabin up in Midway. Jonah had so much fun playing with my Aunt Jenny's dogs. 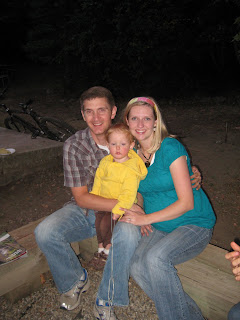 S'mores at the Cabin.

It was such a wonderful trip. The drive home wasn't too bad. Just long. We didn't get to stop for more than a night at my sisters, so it was 4 days of straight driving. We played the license plate game and we were able to get 47 of the 51 states (50 + Washington DC) The only one's we didn't see were Vermont, Delaware, and Rhode Island.

It is good to be home now, and now it's time to start getting ready for the new baby.

Posted by Katie at 12:13 PM 2 comments Links to this post